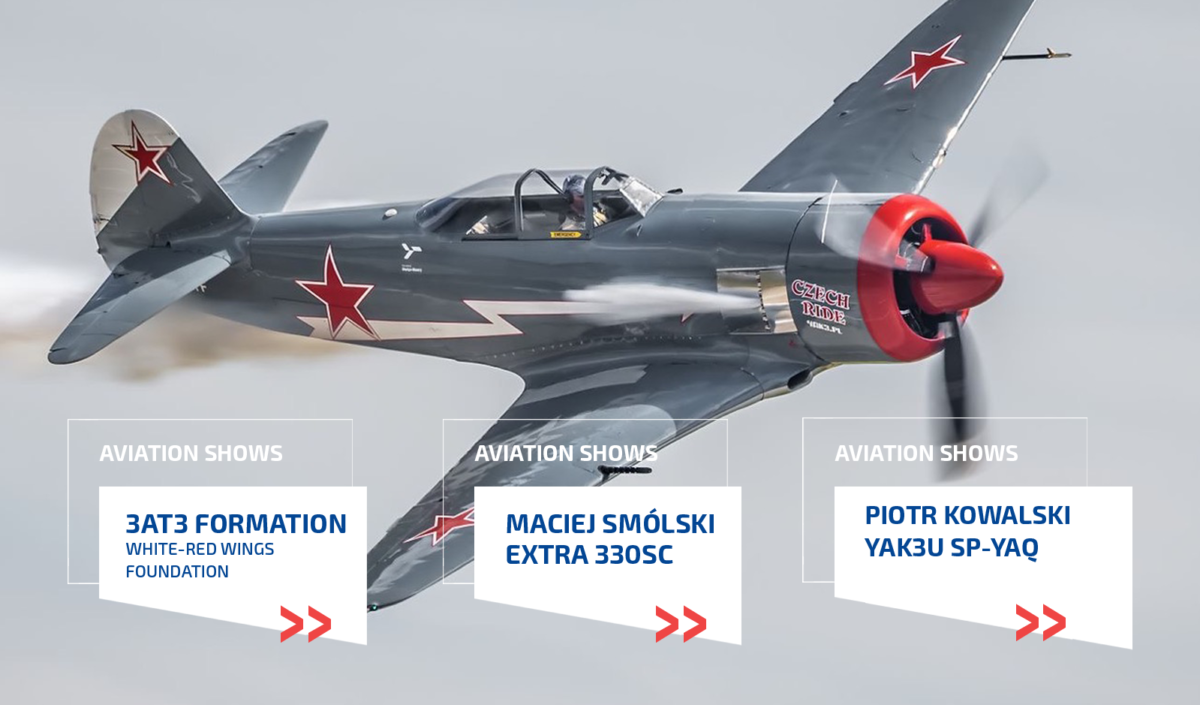 The sky above Bydgoszcz will be occupied by pilots presenting their stunt flying. Three aviation shows will include the freestyle performance of Maciej Smólski on his Extra 300sc, a dynamic show on Yak3 by Piotr Kowalski, who has spent over 7000 hours in the air. Yak3 aircraft is the fastest and the most robust piston aircraft in Poland. Moreover, the 3AT3 group flying on Aero AT-3 aircraft will also show off their skills. They are the top-class pilots and the tightest flying formation in the country.